The roofing of the Montpellier – South of France TGV Station

The 3rd International Symposium on UHPC took place in Montpelier on October 2 to 4, 2017, showing that projects and constructions using UHPC has gained an incresingly importance not only in Europe, but also in Asia and North America. RDC was there to (i) learn the more recently know-how developed by the international research community and companies and (ii) to share our own experience in developing competitive standardised products made of UHPC and also the advances on the Spanish design guidelines in which members of RDC has an important role. In this post we talk about the roofing of the Montpellier - South of France TGV Station. Do you want to know this structure? 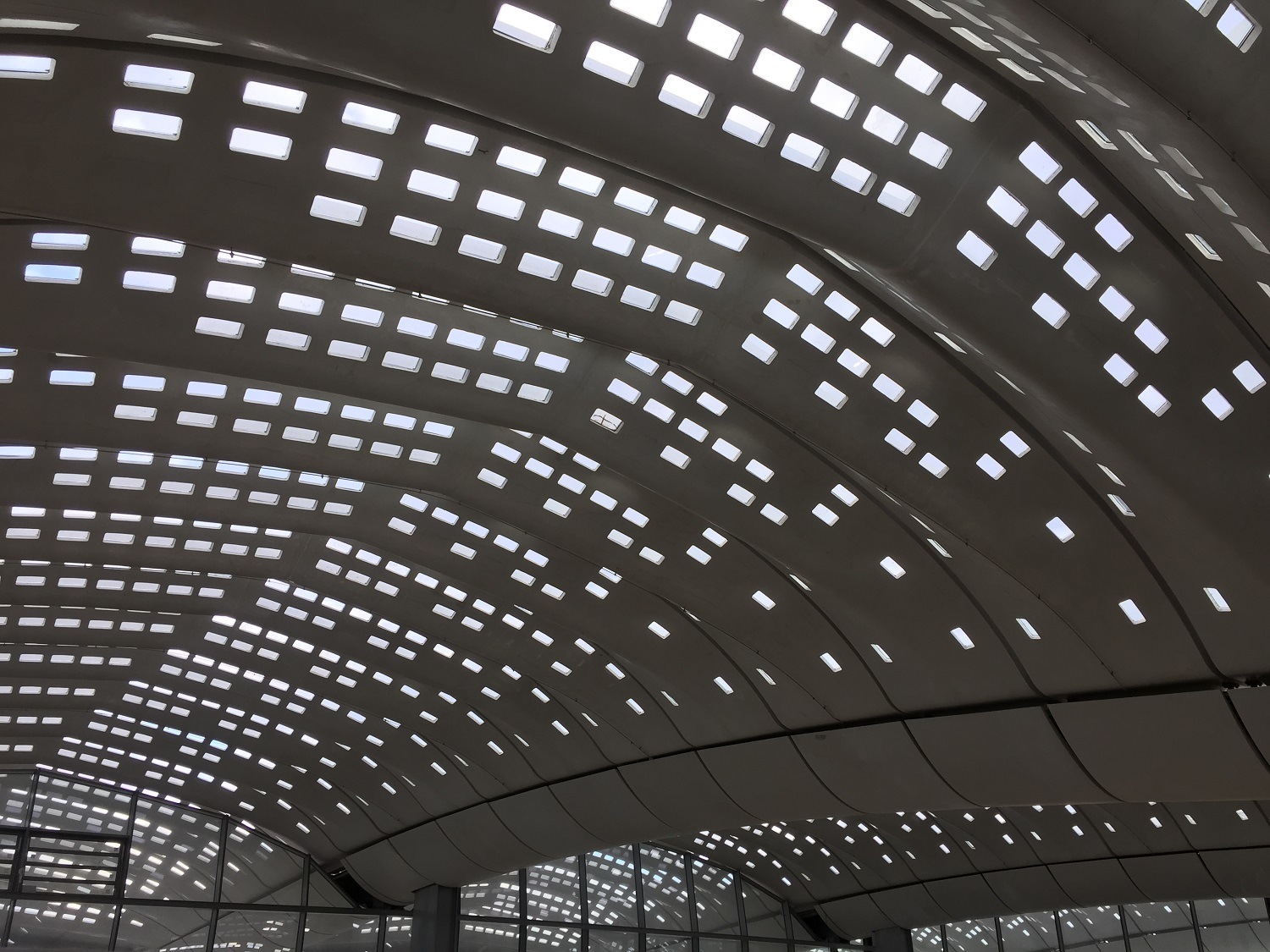 The 3rd International Symposium on UHPC took place in Montpellier on October 2 to 4, 2017, showing that projects and constructions using UHPC has gained an incresingly importance not only in Europe, but also in Asia and North America. RDC was there to (i) learn the more recently know-how developed by the international research community and companies and (ii) to share our own experience in developing competitive standardised products made of UHPC and also the advances on the Spanish design guidelines in which members of RDC has an important role. In this post we talk about the roofing of the Montpellier – South of France TGV Station presented in this Symposium. Do you want to know more about this structure?

If there is something that clearly came true from that Symposium is that there is an increasingly number of worldwide applications in UHPC looking for all, or some, of the following features:

Among all structural applications presented in Montpellier, there was one we found quite interesting. The roofing of the Montpellier – South of France TGV Station definetly achieved all of the previous features as well as something that sometimes is missing in UHPC applications: certain degree of standardisation, which could led to competitiveness. This structure is a clear example of a good application for UHPC and a challenge for engineers. Let’s get to know more about it.

The 5,000 m2 roofing system is made by a total of 115 post-tensioned modular elements in precast 130 MPa compressive strength white UHPC. They called each modular element ‘palmes’. They are 20-m length, 2.4-m width and 3-m depth.

With a huge and thorough engineering behind this project in terms of design, lightness, material saving, thermal features, acoustics or installation, what may catch the attention of those who well-know UHPC is the development of a white UHPC. The single fact of developing a white UHPC already deserves proper congratulations.

I present you the roofing of the Montpellier – South of France TGV Station!!

The whole roof was solved using five different types of palmes: 10 palmes of type 1, 2, 3 and 4; and 75 palmes of type 5. These are good numbers to achieve a certain degree of standardisation. A total of 115 palmes  made workers reach the top of the learning curve, reducing overall labour work. Besides, element repeatability, specially in palmes type 5, reduced the mould cost per unit of manufactured element. This is a must if you want to be competitive!!

Standardisation is required for competitiveness

According to their structural analysis, maximum compressive stress, tensile stress and crack opening are 60.4 MPa, 4.6 MPa and 0.1 mm, respectively. It seems appropiate for a 130 MPa compressive strength concrete with 140 kg/m3 of stainless steel fibres. These type of fibres are required in this specific application with such an esthetic relevance. You don’t want spots of fibre rust at the surface!!

A home-made UHPC with such properties (white concrete and 140 kg/m3 of stainless steel fibres) could be obtained for around 1000-1400 €/m3. However, all these palmes were made of Ductal. Its market price is around 3000 €/m3, as we overheard in the Symposium. There is a huge difference between what it is in the market and what a precast companies could get on their own, with just a little bit of innovation!! Don’t you think it’s time to have your own UHPC?

Despite neither the overall cost is said, nor the weight of a single palme (but it seems light), we consider this structure one of the most successfull and efficient UHPC application presented in that Symposium.

Congratulations to all the companies and people involved in this exciting project!

Now, take a look at the upper side of the palmes !!

Have you seen the bubbles? They are due to the entrapped air found in UHPC and, in general, in all concretes. In the case of self-compacting concretes, these bubbles tend to go up once the concrete is placed. If they find an airtight surface, like the steel mould used, they remain there. This fact doesn’t have to be bad by itself, but it has two main consequences: (i) bad aesthetics, so try to keep the “bubbled” area unseen; and (ii) some millimiters of reinforcement cover decrease. So, be careful when using closed airtight formworks!!

Even though the roofing of the Montpellier TGV Station reached certain degree of standardisation, we all know that there is not going to be another roof exactly like this one. That moulds won’t be used again. New roof projects will require another design process, even new prototypes or tests. Manufacturing will require another learning process. Experience gained could be used in another project, but not all the hours of work which must be paid only with this project. Scaleability won’t be possible. Standardisation won’t be either.

Most of the existing UHPC applications corresponds to the idea of uniqueness. UHPC has been traditionally used for companies to prove what they are capable of. Sometimes it seems like the use of UHPC in structures is more about marketing than a real necessity. On the other hand, it is fair to acknowledge that if not for those unique structures, no one would have noticed the opportunities that UHPC offers, no one would have trusted on UHPC.

The future of UHPC can’t be limited to unique structures made with expensive UHPCs. A more intense and widespread use of it relies on standardisation of mixtures, products and manufacturing processes. This is the next huge step required which must be led mainly by precast companies. It is necessary for competitiveness and future leadership. 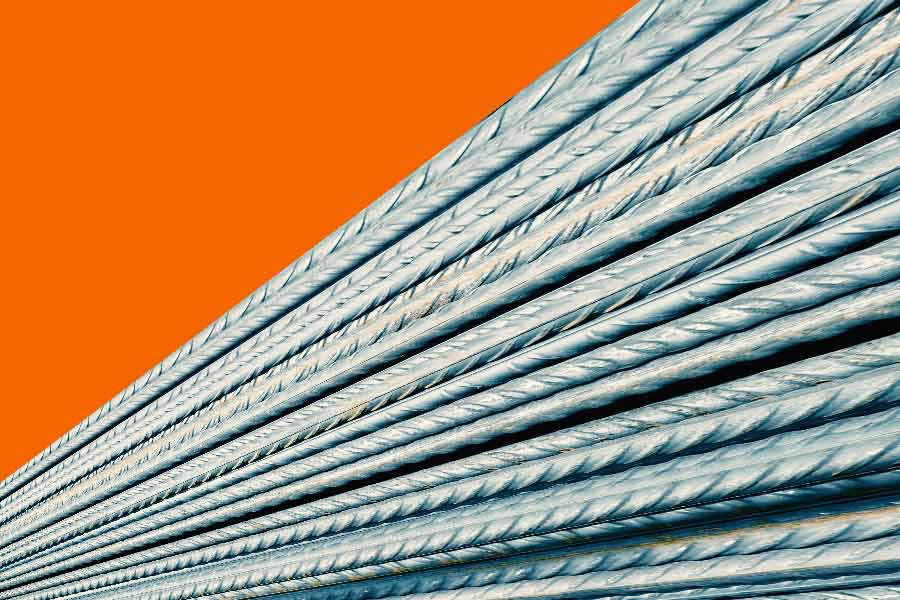