Ultra-High Performance Concrete (UHPC) is a cementitious material with extraordinary high mechanical performance and durability. Unlike ordinary concretes, UHPC can be used in a wide variety of sectors, replacing other materials (steel, plastic, wood, coatings…) to improve the performance and the lifespan of the components or structures.

UHPC, also known as UHPFRC (Ultra-High Performance Fiber-Reinforced Concrete) is a material that synergically centralizes the technologies of the three main special concretes (self-compactability, fiber-reinforcement and very high compressive strength). These properties are based on a mix design following clear rules:

The resulting material is extremely compact, as does not have a net of communicated pores to multiply the lifespan of the UHPC elements. Corrosion under cracked state is also drastically reduced, as the size of the cracks under service due to the fibers is several times smaller than in ordinary concretes. Besides, the extremely high compressive strength and the quality of the aggregates makes of UHPC the king amongst the impact-resistant and wearing-resistant materials.

Obviously, UHPC is a more performant material than ordinary concretes, so to provide the same capacity the amount of material employed can be reduced between a 40% and a 75%. Besides of the clear environmental benefits of this reduction of resources used, this implies to have much lighter elements, which is key for many aspects. A lighter solution may reduce installation costs, facilitate reparations of old structures, minimize the buoyancy required in floating structures, add thinner protective layers to industrial elements, or reduce the transportation costs of the precast pieces produced. Finally, at the end of the long life of the UHPC component, the amount to be recycled will be less than for any other option with concrete.

The competitiveness of UHPC solutions in many industrial and engineering applications is obvious. However, these uses are not straightforward and require the support of an expert that knows how to exploit the performance of UHPC and how to design efficiently with it. RDC has proven this knowledge for almost a decade, launching to the market first world applications with this material in fields as aquaculture, renewable energy and industry. We are convinced that we can also support you to exploit all the potential of the UHPC benefits. 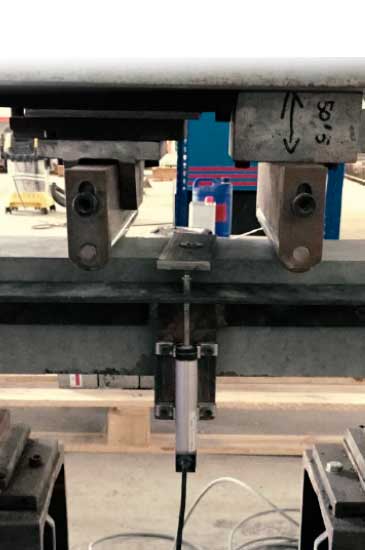 Being a small amount of the volume of UHPC, fibers represent approximately half of its cost. This gives an idea of the relevance of fibers in UHPC, which would be brittle and useless without them. Through a high bonding strength with the matrix, fibers provide the toughness required under tension and bending, and the capacity to avoid a sudden failure under high compressive stresses. The addition of certain fibers can even turn UHPC an excellent fire-resistant material. Through its functionalities, fibers allow the reduction or removal of the traditional rebars, increasing the level of industrialization of the product and reducing the needs of the increasingly scarce specialized workforce.

As you can see, fibers in UHPC matter. And they matter a lot. Thus, choosing the right type and amount of fibers in the UHPC mix design is key for the technical and economic viability the UHPC application. Some of the reasons are that:

Obviously, only a team with a wide experience designing and producing UHPC elements can consider all these variables to give reasonable answers. 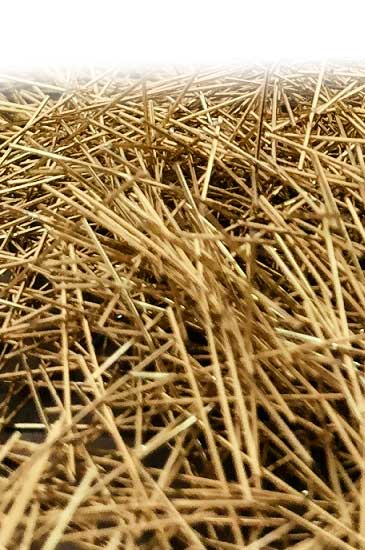 Concrete is a human-made stone. Simple and malleable, it is by far consolidated as the most used construction material worldwide. Its reinforcement and prestressing were key factors for the development of the cities and the industrial revolution. Concrete has experienced a progressive increase of its performance for centuries, which accelerated in the second half of century XX. Since 1950, the development of new admixtures and ultra-fine particles allowed the design of more compact and homogeneous dosages, facilitating the industrial use of concretes with higher strength. The Danish Hans Henrik Bache developed in 1981 the named as Densified Small Particle (DSP), a fine powder with plasticizer to achieve a high particle packing density. Five years later (1986), the addition of dispersed fibers to give ductility to this brittle material generated what is considered nowadays the first UHPC. Combined with a dense steel reinforcement, this composite material was named CRC (Compact Reinforced Composites). In 1995, the concept was developed to create the RPC (Reactive Power Concrete), which was based in removing the coarse aggregates, optimizing the granular mixture, and applying pressure before and during setting. Only one year before (1994), De Larrard and Sedran used for first time the term UHPC, referring it as a cementitious material with ultra-high performance thanks to the design of its mix using a high packing density model and the application of a moderate thermal curing. In the late nineties, several companies launched to the market their UHPC mixtures (Ductal® from Lafarge, BSI/Ceracem® from Sika and Eiffage, BCV® from Vicat, CEMTEC Multiscale®), trying to promote the use of commercial premixes in new demanding applications. Progressively, some of these products were no longer available in the market, being replaced by UHPC mixtures tailored locally for each application due to the gradual democratization of the technology. These uses were favored by the adoption in 2016 in France of the first world norm for UHPC (NF P 18-710: Complement for the Eurocode 2 with Specific Rules for Ultra-High-Performance Concretes; and NF P 18 470: Ultra-High Performance Concretes: Specifications, performance, production and conformity), which is still considered a relevant reference at international level. The first world application of UHPC in civil engineering was the Sherbrooke footbridge (1997, Canada), followed by an increasing number of applications in the field of civil engineering, architecture, and industry. The most active countries in this field are Germany, France, United States, Switzerland, Japan, and Spain. In the last, the first structure of UHPC was the Oveja’s Ravine Footbridge (44 m of span, 2012), which became also the first world truss footbridge made only with UHPC. It was designed by Juan Ángel López, co-founder of RDC. The members of this engineering company designed also the first UHPC bridge in Spain (2017), the first world UHPC floating farm (2016, having nowadays more than 15.000 m2 installed), and the first world use of UHPC in floating solar energy, installed in a 5 MW plant in the largest EU dam (2021, Alqueva, Portugal). All of them have been performed with Formex®, the UHPC adaptable premix of RDC. UHPC is a material with a promising future. The universalization of its use passes through understanding the specific applications where it provides the best possible solution. Contrary to what might be assumed, many of these uses are not to replace traditional concrete and are not even in the construction sector. The path to discover them is to cooperate with different industries, to avoid preconceived ideas and to be openminded. In RDC we support companies and stakeholders to understand the applications where UHPC can improve the sustainability and costs of the current solutions, or can face new challenges that are not possible with the traditional materials. 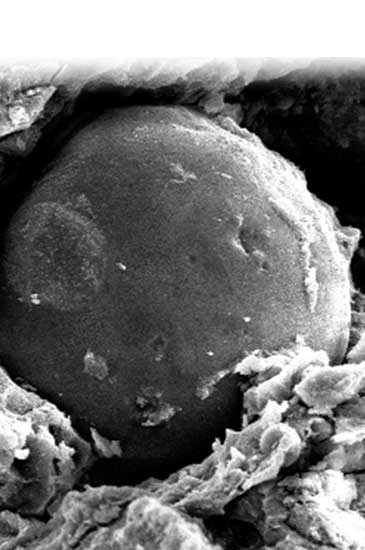 THE FUTURE IN CONCRETE IS NOW

Lifespan up to 4 times greater

Do you want more info about UHPC?

Please, feel free to write your questions, thoughts or ideas. We are passionate about UHPC, so you can be sure that we will answer you soon ☺