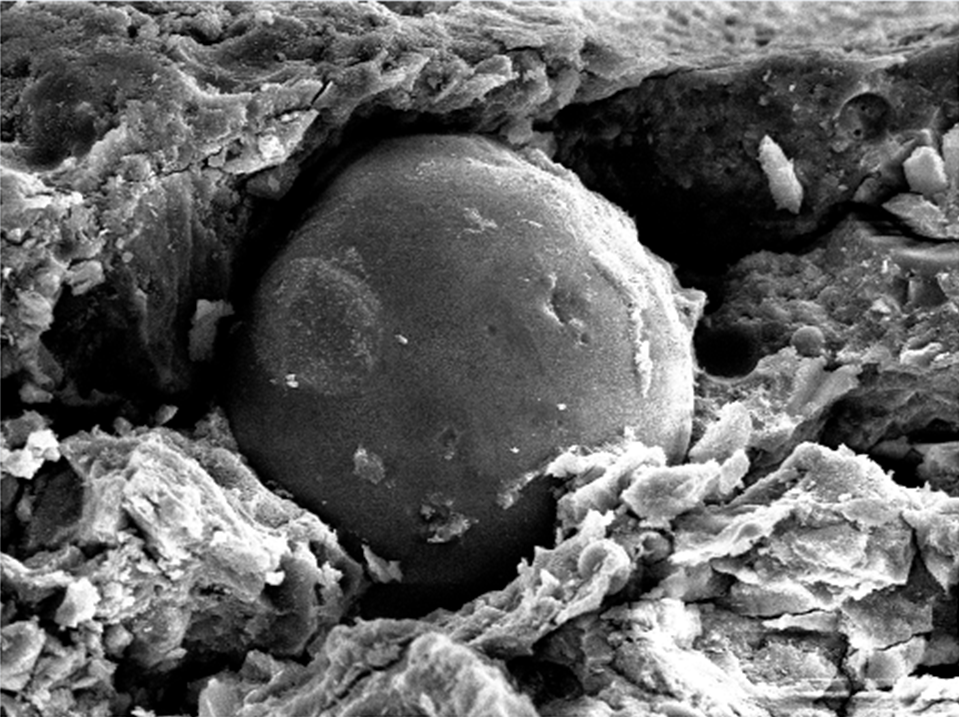 The term UHPC stands for Ultra-High-Performance Fibre-Reinforced Concrete. It did not appear from nowhere, but from decades of evolution on concrete technology and the hard and thorough work of both international scientific community and private companies. This term encompasses several properties and technologies which are hidden beyond the literal meaning of each word, requiring a further explanation based on concrete technology history. This post tries to offer a broad perspective of the continuous process that ended up in the birth of UHPC and a definition of what this term really stands for. The way and the reasons why conventional concrete evolved into UHPC are the first step we need to take to start understanding UHPC. Are you ready for it?

Even though the history of concrete may date back to the times of the Roman Empire, it may be considered that the modern history of concrete began in 1824, when Joseph Aspdin patented a material called Portland cement. It consisted of a blend of limestone, clay and other minerals in a specific proportion, which were calcined and ground into fine particles. It did not take long until this cement started to be mixed with pebbles, brick powder, sand, gravel or other aggregates, binding all of them together in the presence of water, to produce what we currently call concrete.

Modern history of concrete, considering it as a mix of cement, gravel, sand and water, began in the 19th century with the development of Portland cement which has the ability to bind all of them together in the presence of water

Major problems with its use in early engineering applications were related to the low tensile strength and lack of ductility of the material itself. In the mid-19th century it was noticed that these problems could be partially solved by adding a metallic reinforcement to the concrete mixture. Probably, what is currently known as ‘reinforced concrete’ started with Joseph Monier, a French gardener, who incorporated a mesh of iron rods into large planting pots in 1849. The first reinforced concrete structural application is probably due to Françoise Coignet, who built an iron-reinforced concrete structure in 1853, his own house, which still stands. In that case, iron was not used for adding strength to concrete, but for keeping different walls in monolithic construction. Shortly afterwards, the main advantages of using reinforcing concrete with steel rods were shown mainly by Monier and Hennebique with the development of several patented construction methods for beams, pipes, piles and floor slabs. The basis for the subsequent construction technology revolution had begun.

Combination of iron rods with concrete in the mid-19th allowed the development of ‘reinforced concrete’, the construction material par excellence in the 20th century

As concrete technology and design codes improved and evolved throughout 20th century, so did the matrix properties of concrete, whose continuous evolution was focused on solving major concrete problems: (i) heaviness; (ii) low tensile to compressive strength ratio; (iii) high weight to strength ratio; (iv) poor volumetric stability; (v) poor toughness; (vi) durability. How did scientists and engineers manage to solve, partially at least, all of these problems?

A race to increase concrete compressive strength began in the mid-20th century as it also increased other properties such us tensile strength, shear strength or bond strength. In the 1980s, the way to produce high strength concrete became known by using low water to binder ratios, special selection and gradation of aggregate particles and water-reducer additives. It was then that researchers worldwide coined the terms HSC and HPC, meaning High-Strength Concrete and High-Performance Concrete, respectively. The term High-Strength Concrete referred to a concrete with characteristic compressive strength between 50 and 120 MPa; while the term High-Performance Concrete included those HSC with improved durability properties.

However, the higher the compressive strength, the brittle the matrix becomes. This is an undesirable effect in concrete which can be solved by adding fibres to the mixture. In the early 1970s, the term Fibre-Reinforced Concrete (FRC) was first used to refer to a concrete with any type of fibre reinforcement, no matter what the fibre shape, aspect ratio, amount or material used. Investigations on fibre-reinforced concrete have never stopped since then, dealing with different types of fibres (shape, aspect ratio, type of material) and amounts, and showing that the use of fibres increases tensile resistance, ductility, stiffness, crack control, durability, and both fatigue and impact performance.

Fibre-reinforced concrete (FRC) technology started being developed in the 1970s, with a huge increase in both the matrix performance and durability

The term Ultra-High-Performance Concrete (UHPC) was first used in 1994 to refer to an optimised particle-packing material, using a special selection of fine and ultrafine particles which led to low porosity, high durability and self-compactability. The optimised particle-packing allowed an increase in the concrete compressive strength (above 120 MPa) leading to what was called Ultra-High-Strength Concrete (UHSC), and also an increase in the durability performance of concrete. That is the reason why the term HPC coined in the 1980s evolved into UHPC in the 1990s.

The term Ultra-High-Performance Concrete (UHPC) was coined in 1994, referring to an optimised particle-packing material with an increase in both compressive strength (above 120 MPa) and durability

Combination of the three above-described technologies led in 1995 to Reactive Powder Concrete (RPC), a dense particle packing mixture composed of very fine powders (cement, sand, quartz powder and silica fume, with no coarse aggregates or gravel), steel fibres, superplasticiser and extremely low water to binder ratios. As of the 21st century, the term RPC has been gradually replaced worldwide by UHPFRC (Ultra-High-Performance Fibre-Reinforced Concrete), preserving the historic terms used in concrete technology evolution. As it is assumed that an Ultra-High Strength Concrete requires a minimum amount of fibres providing certain degree of ductility, it is more frequent (and simpler) to use the term UHPC to refer to an Ultra-High-Performance Fibre-Reinforced Concrete. Hence, the term UHPC  currently stands for:

Now you know what a UHPC is. Don’t forget that UHPC is concrete! It can also be combined (or not) with steel rebars or strands. Despite having their own particularities in design, calculations, manufacturing, etc.; despite offering new unexplored and unexploited opportunities; and despite increasing durability and lifespan of structures, UHPC is still concrete and as concrete may be considered! UHPC is a natural evolution of concrete according to the increasingly higher demands of our society. It is completely necessary to keep concrete as the construction material par excellence in the years to come. Don’t be afraid of it!

Next post on “Learning UHPC” is going to be entitled “What is UHPC? – Part 2: Requirements” This post will deal with a quantitative definition of UHPC according to current design codes, recommendations, and history of concrete. Stay with us and don’t miss it!